Close on the heels of Canada’s federal election, Newfoundland and Labrador is headed to the polls again for their provincial election on Monday, November 30.

Newfoundland and Labrador’s dynamic environmental community has been hard at work to make sure that environmental issues are being given the attention they deserve. You can follow along on Twitter by keeping an eye on the hashtags #NLpoli, #NLvotes and #NLenviro.

We reached out to a number of groups to ask: what do you think should be the top environmental priorities for Newfoundland and Labrador’s next provincial government? 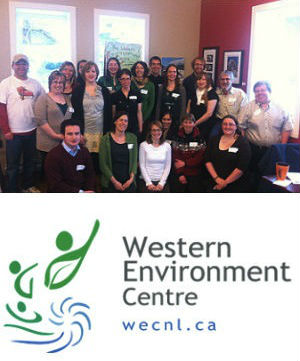 The Western Environment Centre (WEC) is a community-based volunteer organization that engages communities in environmental issues in a balanced, objective, and informed manner. WEC publishes a seasonal newsletter, runs a community garden and an electric bike share program and hosts various events throughout the year. To learn more please visit: http://wecnl.ca/

WEC recommends that all political parties of Newfoundland and Labrador make the following areas key priorities:

WEC believes in an unbiased science-based approach to decision making that values the input of community stakeholders. Development often has the largest impact on residents in the immediate area, so a clear social license must be obtained before projects are allowed to proceed.

WEC recommends a ban on all hydraulic fracturing until it can be scientifically proven safe. Please review our full submission to the Newfoundland and Labrador Hydraulic Fracturing Review Panel (NLHFRP) which can be found online here: http://nlhfrp.ca/wp-content/uploads/2015/01/Letter-from-WEC.pdf

NL has an important global role to play in preventing the most catastrophic impacts of Climate Change.  Clear targets and carbon pricing strategies are needed from government to have an adequate reaction. 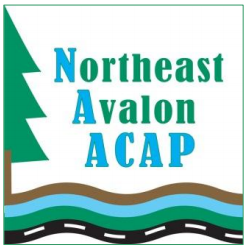 Northeast Avalon ACAP (NAACAP) strives to research and promote conservation action for the waterways and coastal environments of our region to create sustainable and healthy ecosystems. Their suggested environmental priorities for the new government are below:

“It is without question that one of Newfoundland and Labrador’s most admired assets and tourist attractions are the bodies of water that encompass our province.  The health of waterways and coastal environments are an essential priority to ensure the sustainability of the communities within the Northeast Avalon region.

The Northeast Avalon region faces diverse environmental challenges exacerbated by anthropogenic influences and climate change.  Municipal capacity in the region varies greatly and therefore requires varied approaches to improve the capacity and capability of communities to address environmental issues such as flooding, invasive species, coastal erosion and water quality. Solutions require evidence-based decision-making focused on increasing the health and longevity of the province’s most valuable resource: water.  NAACAP implores our representatives to be leaders in environmental conservation efforts that will leave a legacy of a strong, sustainable environment for generations to come.”

The Newfoundland & Labrador Wildlife Federation (NLWF) describe themselves as “the oldest conservation organization in Newfoundland and Labrador” working to promote “the wise use of our renewable, natural resources.” In a statement from NLWF spokesperson Ward Sampson, they listed the following priorities:

“The main concern that the Newfoundland & Labrador Wildlife Federation has is that [the Department of Fisheries and Oceans (DFO)] is not treating Newfoundlanders fairly and equally compared with the rest of Atlantic Canada. And that applies in particular to the northern cod stocks. We have what we call a food fishery — some people call it a recreational fishery. However, we’re limited in the number of days that we can participate in this food fishery as opposed to the rest of Atlantic Canada. That is pure discrimination, and we’re very upset by that.”

The NLWF supports a review of the effects of fracking by an arm’s length organization.

You can read more background on these issues on NLWF’s website here: http://www.nlwf.ca/ 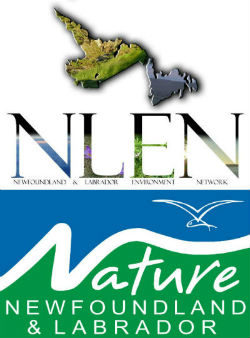 If elected, will you invest a portion of  oil, gas and mineral development royalties into a Newfoundland and Labrador Environmental Trust — as exists in other provinces — in order to fund conservation, remediation and stewardship in the province?

Wetlands are crucial to flood control, clean water and healthy habitats, and are also a major source of stored soil carbon. If your party forms the next government, will it produce and implement a wetlands policy that protects these sensitive areas from development and degradation?

What measures will your government take to ensure that the Provincial Sustainable Forest Management Strategy 2014-2024 is fully implemented at the district level, and that adequate habitat is maintained for caribou and Newfoundland marten populations?