This is a guest blog written by Alexa Waud. The opinions expressed in this article are of the author’s, and are not necessarily reflective of the views of GreenPAC.

As a 20-year-old, October 19th was the first time I could cast a ballot in a federal election. I had been waiting years for this, and contrary to the image usually ascribed to young voters, I was surrounded by peers who also valued and exercised their right to vote. This election was sold to us as historic, and arguably it was. Thanks to organizations like GreenPAC, climate was a made a top election issue, voter turnout was the highest it has been in my entire lifetime, and the election resulted in sweeping change. However, the morning after the election there came a strange ‘calm after the storm’ feeling. The event was over, the voter mobilization done, and anyone whose favourite candidate lost, who wasn’t happy with the results, or who felt the wave of change had subsided, muttered a “next time.” But if you ask me, waiting four years to exercise your citizenship to advocate for change is far too long.

Individual choice does not change make

Prior to the election, I read the article Individualization: Plant a tree, ride a bike, save the world? by Michael Marinates, a professor at Yale-NUC, in which he argues against mainstream environmentalism in North America and its base in individualization and consumer choice. At one point in the article, he paints the picture of a shopper stumbling over whether or not they should buy paper or plastic cups, when really they know deep down that they should not feel compelled to buy either. I couldn’t help but relate. As part of the millennial generation, I was taught that in order to take environmental action I must change my consumer behaviour. I remember being so excited in middle school when I learned that I could “vote with my pocketbook” in making everyday material choices, and as such, I did not even have to be 18 years old to “vote” for a better environment. 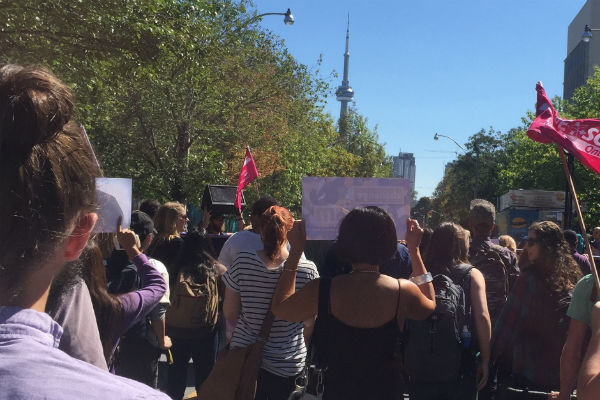 At first glance, there is something optimistic about using individual economic choice to make change and, unlike voting in an election, one makes financial transactions or “pocketbook votes” multiple times a day. But there are a number of problems underlying this idea. First of all, it is based on the assumption that your pocketbook is full, and that you can afford to make choices, which are sometimes more expensive, for sustainability. Consumer choice is a privilege that disadvantaged groups, who will bear the heaviest burdens of climate change, do not have. The second problem with this idea is it reinforces the concept that the only way to take environmental action as a citizen, as opposed to acting as a consumer making material choices, is to vote. As North Americans, we often get so preoccupied with allocating our economic resources responsibly that we’ve lost our collective imagination of how to act as citizens. While there is some merit in directing your financial resources towards causes rather than things (as many people did during the election by financially supporting GreenPAC’s endorsed candidates), individuals buying less stuff or buying differently is not going to bring the policy change needed to combat climate change.

This conversation needs to happen now. Let’s talk about where we want to see environmental leaders take our policy, and follow through.  Let’s also make sure the 14 MPs that were elected from the Green 18 are playing their strengths and leading on environmental issues. As citizens, we can stay in contact with our MPs, write to them, push them to lead on environmental issues, but also be ready to cultivate and support environmental leadership within our own communities when change is needed. “Next time” is not in four years; your Canadian (and global) citizenship is ongoing. Start by re-imagining where we want to be, and how we can take ourselves there, together.

Alexa Waud is an intern with GreenPAC from the Munk School of Global Affairs, University of Toronto. She is in her third year, double majoring in Peace, Conflict and Justice, and Environment and Health. She is a leader of on-campus environmental advocacy groups, and a research assistant with the Munk School’s Environmental Governance Lab.

« Look What We’ve Accomplished, Together