This is a guest blog written by Joanna Kyriazis. The opinions expressed in this article are of the author’s, and are not necessarily reflective of the views of GreenPAC.

As a child, I was terrified of the water. Rivers could whisk you away. Lakes housed slimy creatures that reached up from the blackness to grasp your ankles. Oceans threatened their entrants with incomprehensive depth and sharp-toothed swimmers waiting to eat you. Or so I believed. I dropped out of swimming lessons when I was 6 years old because I couldn’t shake the thought that Jaws was lingering in the deep end. Growing up in the suburbs, I didn’t have much opportunity to overcome this fear. My family didn’t hike. We didn’t go camping. We didn’t have a cottage. Nature and I were worlds apart.

After my first year of university, I traveled to Australia with an environmental conservation-focused volunteer group. We spent our days rehabilitating beach habitats by yanking out invasive species and replacing them with native plants to help with soil erosion. One day we were asked if we wanted to go scuba diving in the Great Barrier Reef. I was terrified. But how could I say no? 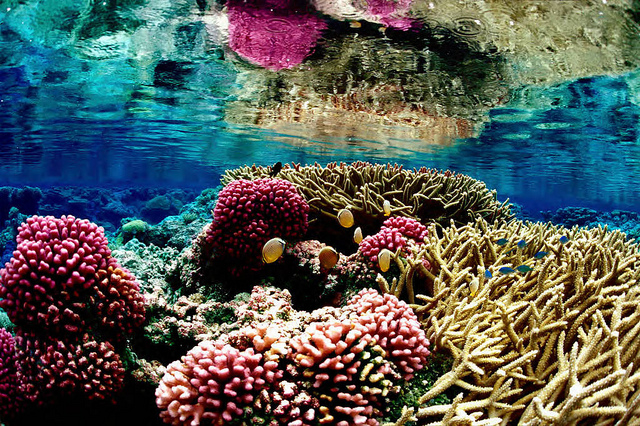 Blue-lipped and paralyzed with fear, I jumped in. I hyperventilated for a few breaths. Then I opened my eyes. It was the most breath-taking seascape that I had ever seen. Miles of coral kingdom sustained millions of tropical aquatic species swaying in the current. Chopped up patches of rainbow danced on the sea bed as sunlight was sliced and diced by the ocean. It was paradise.

Coral reefs are among the most biodiverse and productive ecosystems on earth. They offer food and resources for over 500 million people in 94 countries and territories and protect coastlines from storms and erosion. Reefs house over 4,000 fish species, provide jobs and income to local economies and are a source of new medicines. Coral reefs are also one of the ecosystems most severely threatened by climate change. Today many reefs have 40%-50% less coral than they did just 30 years ago. The World Resources Institute projects that, if we continue with business as usual, 90% of coral reefs will be in danger by 2030. I am 29 years old. At this rate, my children will never know this spectacular subterranean paradise. 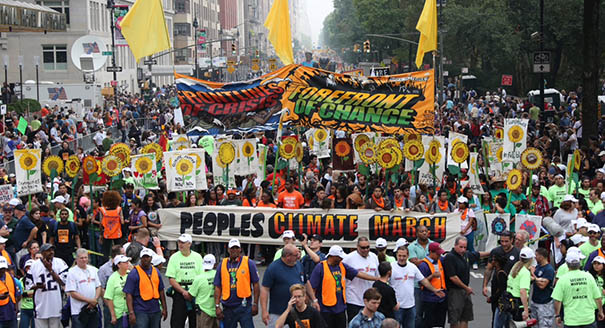 The good news is that the current level of engagement on climate change issues is unprecedented. Last fall, 400,000 citizens flooded the streets of New York City to march for climate change solutions. Millions of others joined in, demanding change from some 160 countries around the globe.  Private sector support is also at an all time high. Just last year 1,000+ businesses and investors backed putting a price on carbon. Institutional investors followed suit and agreed to decarbonize $100 billion of their investments and disclose the carbon footprint of at least $400 billion more. The U.S. just rolled out its Clean Power Plan, the most ambitious piece of climate change legislation in the country’s history. Meanwhile, China recently announced a national cap and trade system starting in 2017.

The bad news is that the Canadian federal government is not part of this urgent movement. And not only are we absent, we’re actively frustrating international efforts to take climate action.

Not too long ago, Canada was a leader in environmental issues. Alongside our peacekeeping badge was our long-standing record of environmental stewardship. But in the last decade, Canada has earned the reputation of a “climate villain” from international environmental groups. We pulled out of the Kyoto Protocol. We thwarted efforts to use the G20 forum for discussions on climate action. We muzzled our scientists who wish to speak up about climate change. We submitted one of the weakest national pledges (“Intended Nationally Determined Contribution” or “INDC”) of all the G8 countries in the lead up to the international climate talks this December in Paris. Unlike our major trading partners, the U.S., China, and Europe we have failed to roll out a national climate change policy.

After my Great Barrier Reef dive, I switched my university major to environmental science and went on to attend law school. I am now a Canadian climate change lawyer. Every day I work to come up with innovative policy solutions to climate and energy problems and communicate those ideas to decision-makers. But how far can I reach if those decision-makers are not willing to listen?

This is where you come in. With the federal election coming up and the Paris climate talks not far beyond that, we are at a tipping point around the world. We need your voice. We need your vote. We need you to elect decision-makers who prioritize climate action and a clean energy future. We need you to tell Parliamentarians that climate change is on your agenda and should be on theirs too.

Environmental leaders in Parliament can stand up for our values and breathe new life into climate change policy. They can push for and achieve action within our borders and transform Canada back into the international environmental champion it used to be. They can help ensure that Canada is a climate enabler in Paris, motivating and facilitating action instead of obstructing positive change. Environmental leaders can help slow or reverse the damage done to ecosystems in Canada and the world, including the coral reefs and the sparkling aquatic communities reliant upon them.

GreenPAC can help us to get these environmental leaders elected. We need to dive into these issues with eyes wide open to see what we have to lose. And then we need to take informed action to fight for the things we care about. Use this GreenPAC candidate matching tool to find out who your environmental champion is and pledge your support. The federal election is this October 19th. So many – the country, the international community, the coral reefs – are counting on you.

Joanna Kyriazis is a Toronto-based lawyer whose work focuses on environmental and climate change law and policy.

Look What We’ve Accomplished, Together »