First published from the CBC. See the original article here.

It’s not often you see a celebration about the environment these days.

But at Toronto’s Green Living Show, along with the electric cars and organic carrots, a launch party was held Friday for a new way to support political candidates in the next federal election.

“We want to get a critical mass of environment champions elected to government,” said Aaron Freeman, founder and president of GreenPAC.

GreenPac hopes to match those candidates with donors who will support the campaigns directly.

How? GreenPAC will choose a list of environmental leaders from among political candidates across the country in the next election.

Then it will link those candidates with people on its list of pledged donors, matching the interest of each as closely as possible.

“We’re the Lavalife of environmental politics,” jokes Freeman, who has held roles as an environmentalist, law professor and adviser to former Ontario Liberal premier Dalton McGuinty.

“GreenPAC is trying to take the broad support that exists for environmental issues and focus it on a few leaders that we can get elected to make a difference.”

The idea springs from what Freeman calls a growing “frustration” that all the talk about the environment never really plays a role in federal voting patterns. 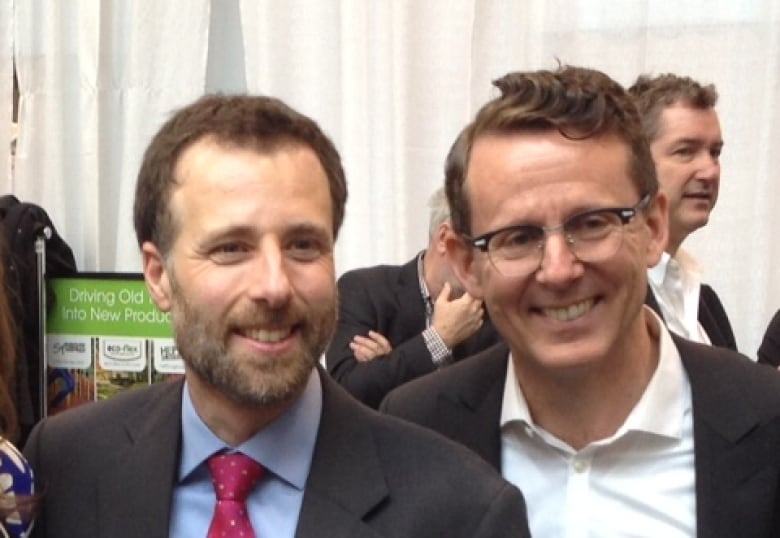 Aaron Freeman (left), seen here with NDP MP Andrew Cash at Friday’s launch party, is the founder and president of GreenPAC. (CBC)​Research shows that fewer than 10 per cent of Canadians put the environment first when it comes to casting their ballot.

“It’s because there’s never a second choice on the ballot,” said Freeman.

The new political action committee will provide supporters with a list of candidates from across the country. So even if there’s no one in their riding that’s pro-environment, they have the option of donating to someone who is.

“I think if we elected three or four environmental champions in this election, that would be tremendous,” said Freeman, who believes that even a small number of dedicated MPs can make a difference.

Political action committees, or PACs, are common in the U.S. They’re used to funnel financial support to single-issue causes, such as boosting the number of female candidates. They also fund partisan attack ads.

They’re less common in Canada because of the strict limits on political donations.

GreenPAC has adapted its design from the American model and promises to be non-partisan, picking candidates from all parties.

But NDP MP Andrew Cash, who came to the GreenPAC launch, is skeptical that’s possible with the current political climate.

“We have a government currently that has a very specific, in a sense, pro-fossil fuel agenda,” he said. “So I will be very interested to see if they find some Conservative members that they can endorse.”

Pollster and communications adviser Bruce Anderson said it may take time for a green political action committee to catch on.

But Anderson, who heads Anderson Insight, thinks social media is changing the political landscape in a way that could make environmental PACs more accessible to voters. 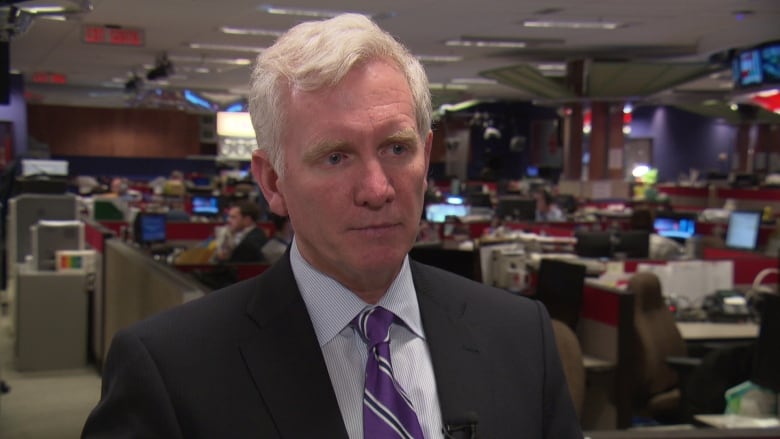 “The digital age has levelled the playing field for these kinds of things to happen that don’t require lots of money to be spent,”  said Anderson.

“So I think it’s too early to tell whether this one will work, but not too early to say there will be more like it in the months and years to come.”

GreenPAC is hoping to attract 10,000 supporters in the next few months, getting ready for what many predict could be an election where the environment has a much bigger profile.

« 2015 is the Year for a Healthy Environment and Economy

GreenPAC wants to change the game on the environment in Ottawa »